The aeroplane in this illustration is modeled after (toy) seaplanes. An earlier version of this illustration had a boat in place of the plane—this was quickly amended as it was clearly inappropriate considering Saint-Exupéry’s occupation.

This “map” contains a few atypical symbols; in particular, the presence of a rose and a sheep are because of this extract from The Little Prince:

‘We do not take note of flowers,’ said the geographer.

‘Whyever not! They're prettier than everything else!’

‘Because flowers are ephemeral.’

‘What does “ephemeral” mean?’

The scarf is a visual element I borrowed from Saint-Exupéry’s drawings of the little prince; in them, he wears a yellow scarf often. It also appears in a few other illustrations in this collection. 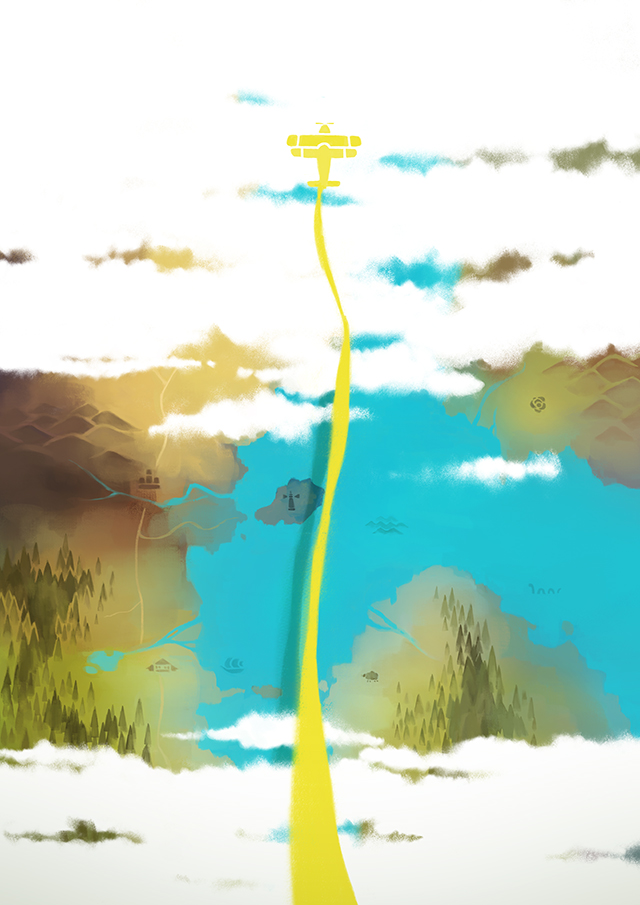