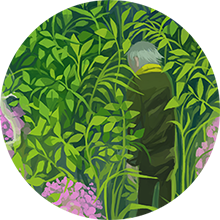 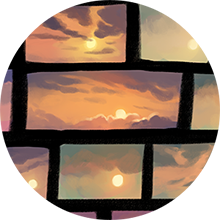 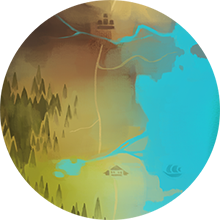 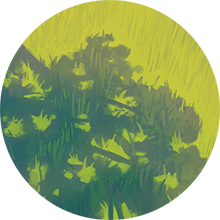 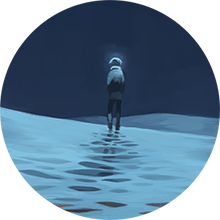 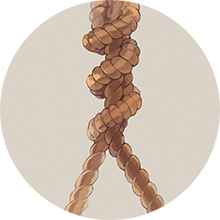 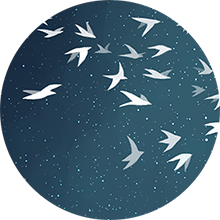 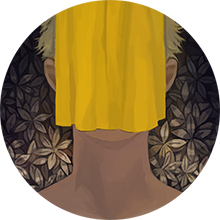 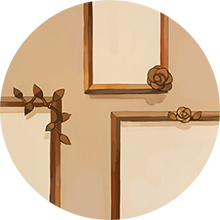 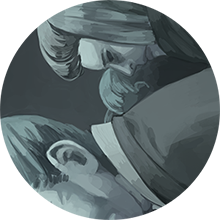 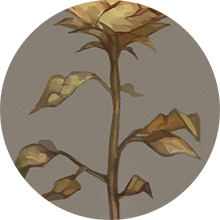 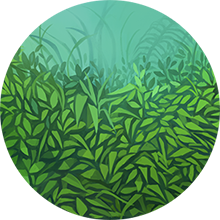 The Hidden Well is a collection of twelve illustrations by Yan Qin Weng based on quotations from writings by Antoine de Saint-Exupéry (1900–1944), a French pioneering aviator, war pilot and writer. He is most well known as the author of The Little Prince, a short children’s story about childhood, adulthood, human nature and responsibility. At the end of July in 1944 he set off on his last flight and disappeared, presumably over the Mediterranean Sea. Aside from The Little Prince, he left behind a number of written works in the form of novels and letters, many of which concern his experiences as a pilot and his turmoil during the war. Written for an adult audience and therefore significantly different in tone from the endearing story The Little Prince weaves, Saint-Exupéry’s other works are nevertheless undeniably drawn from the same well. This illustration collection seeks to introduce and reflect on a small portion of those writings in order to plant seeds of curiousity and entice further exploration.

Yan Qin Weng is an illustrator with a love for stories and creating connections between word and image. The Hidden Well originated from her desire to expand the context of The Little Prince beyond asteroid B-612 into the gardens and deserts of Saint-Exupéry’s life.

Each illustration is based on a quotation from one of the following books: Wind, Sand and Stars, Flight to Arras and Wartime Writings, 1939–1944. The illustrations use imagery developed from common themes and ideas present across Saint-Exupéry’s works—such as flight—to visually capture sentimental and intellectual meaning within the quotations.

The illustrations and their relation to each quotation are personal interpretations of the illustrator and should be viewed accordingly. The illustrator is not in any way affiliated with or endorsed by persons, organisations or groups related to Antoine de Saint-Exupéry.

*According to the original French publisher any quotations from Wartime Writings, 1939–1944 that have been mentioned as “Letter to X” were messages sent to persons who wished to remain anonymous.