When Saint-Exupéry was fifteen, his younger brother died. Over twenty years later, Saint-Exupéry recounted the exchange he had with his brother shortly before his death in a chapter in Flight to Arras. This quotation is from that chapter.

This quotation finds its echo in the “death” of the little prince, who attempts to comfort the narrator by disassociating his body with his essence:

‘Left behind, it will only be an old cast-off shell. There is nothing sad about an old shell.’

Asphodels may be found in gardens and grow best in full sunlight. In Greek mythology the asphodel is associated with death due to its ghostly colouring. Here I have drawn Asphodel flowers without their stamens.

Shrouds as burial sheets are a notable part of burial rites in several religions. I am interested in their visual association with death as well as their function as a final severence between the body and its occupant. 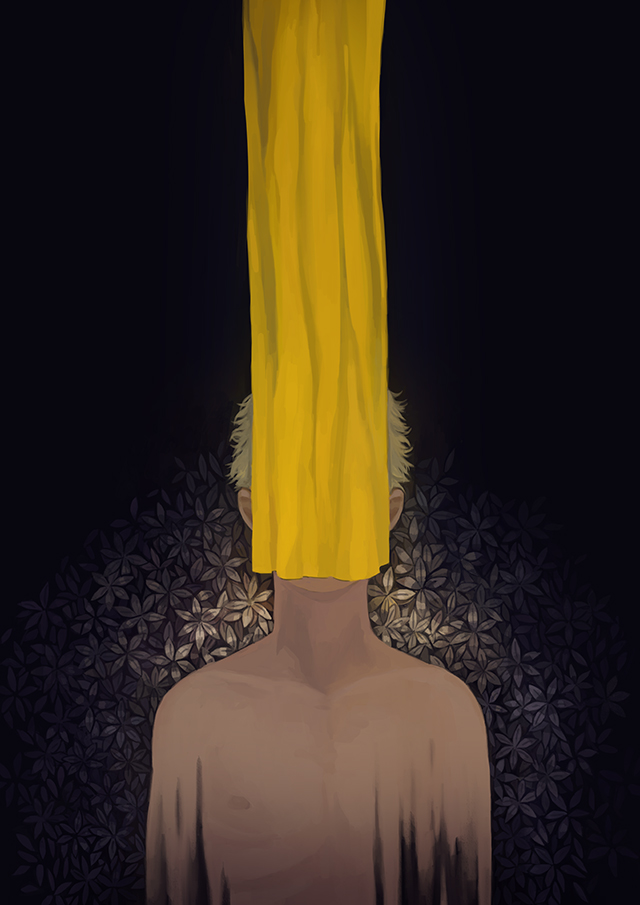 His body, a foreign territory, already other than himself.